Embodying the Mother archetype is finding our source. In running, I have been able to find my own source of life energy and validity independent of the expectations and ideals of others. I have learned that I can mother myself in a healthy way and can choose what I want to work hard at and accomplish. It was a right of passage at the age of forty. To realize the paradox of the Mother, which can at times be preventing growth as well as nurturing, can help work with the shadow side of this archetype. In running I connect with the Great Mother. I continually aim tap into my source, my vital energy. In my runs I try to embody the connectedness of all things. I have birthed my running self. 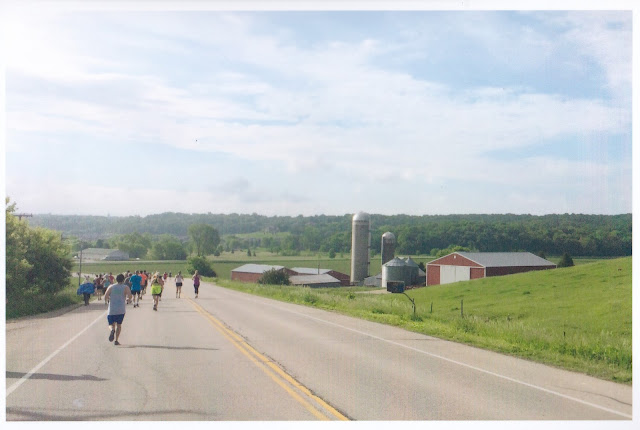 It was the first winter I had continued running outside through the cold, ice and snow for months on end. Right after doing my first, I knew right away I wanted to do another marathon. Twin Cities in Motion, the organization that puts on the Twin Cities Marathon, did a challenge for 2016 to train and race throughout the year, building in distance to culminate in the marathon. It began with a 5k in February which was held with 30 below windchill. Then a 10 mile in March, a half marathon in July and the full in October. The mileage wasn’t a problem for me as long as I kept an even pace. I had a good training block leading into spring and wanted to try for a spring full marathon as my second.

I built my miles and was smart about training in the cold. Just a couple of weeks before the marathon that I had trained for was supposed to happen it was abruptly cancelled. They didn’t have the proper permits lined up and it was denied by the city. I started looking at where I could drive to do a marathon since I had put in the miles and was set to go. That’s when I found the Med City Marathon in Rochester, Minnesota, just a few hours away. I kind-of like the spontaneity and adventure in it and it was the first time that I would travel to a race. Before the weekend was over, I knew that travelling to do marathons in different cities was now going to be a new chapter in my life. My Mother archetype was birthing something new. 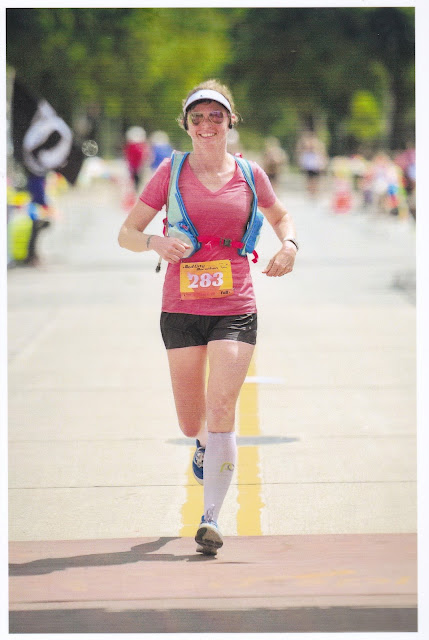 I was becoming a student of the marathon, learning about nutrition, recovery and mental toughness to get through. It gave me focus. it felt empowering. I was able to it all myself and tap into my own universal mother source.

I drove down to Rochester alone. I was happy to take a weekend away and go do something that I love. As I approached the city, I drove along the course, up and down the rolling hills from the farms leading into the small city of Rochester, known as the home of the world-renowned hospital, the Mayo Clinic. I was excited to explore the city and surroundings through 26.2 miles on foot the next day. Even though I wasn’t off exploring in the wilderness, this was a new place and every step would be something I didn’t know was here. By car, the world is blur passing by. Even on a bike you pass by fairly quickly, but on foot you see and small and experience a place in a tactile way like no other. Running was opening up the world for me, one step at a time.

I settled in at my hotel downtown ready for my second 26.2 in the morning. I was up before dawn to board a bus to bring us out of the downtown area to a local school in the farm fields where the race would begin. It was a little strange getting on a school bus in a city I didn’t know, everyone is a stranger, yet all had some story that had brought us here, going to do the same thing, run a marathon. By 7 am the announcements came on, they got us all revved up and we were off!

The Med City course begins in the country with rolling hills and farms. I like races that are off the beaten path, I think passing fields of cows would qualify. I was used to training all winter and now it was Labor Day weekend and so it was beginning to heat up. At this point of the year, running in 60-70-degree weather is “heating up” for me. There were plenty of water stops and even sprinklers that covered the road to run through to cool off. The volunteers did a great job at keeping people as comfortable as possible. Popsicles and even ice cubes in coolers were a welcome sight to keep from overheating. At one point I even stuck one down my sports bra for a real quick cooling off. I was learning so much about marathoning. 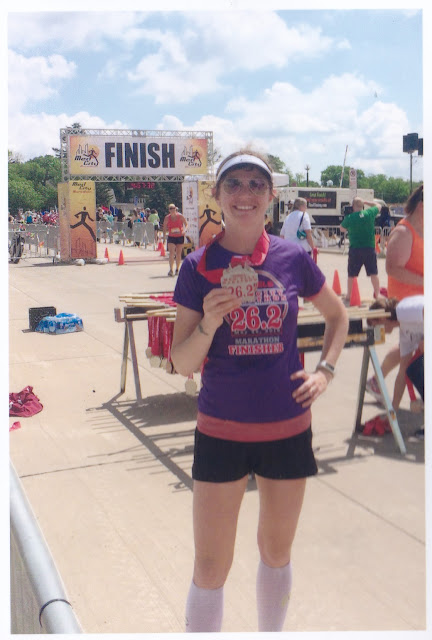 I have come to realize that training for marathons is not something you do nonchalantly. This is when you really must listen to your inner mother. You have to be intentional in all that you do and run smart. You must be prepared for different situations and think clearly about the best way to move forward. A lot can happen out there! I wasn’t really thinking about my time but working through the miles without getting overheated and drinking enough water to not get dehydrated. My motivation in marathons has never been to be fast. I don’t seem to naturally be a sprinter, but the endurance has come fairly easily, especially for starting to run so much later in life. I have a lot of respect for the distance. I ended up strong at Med City, negative splitting my time, which is doing the second half faster than the first. I cut 18 minutes off my time from my first marathon seven months earlier. 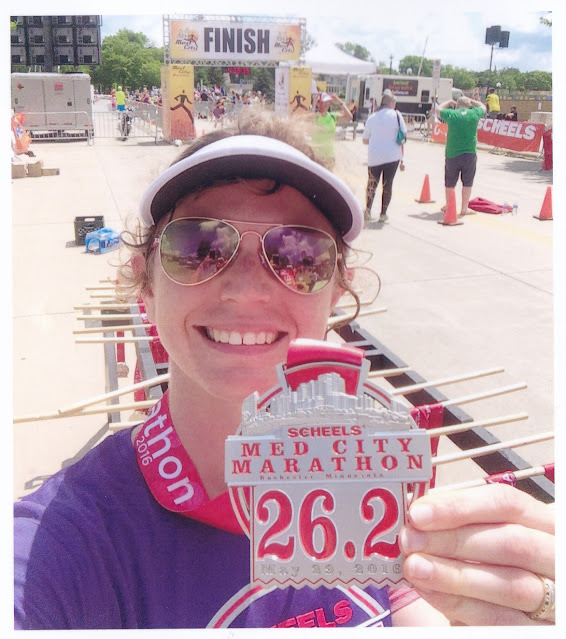 I had birthed myself into a brand-new way of life.