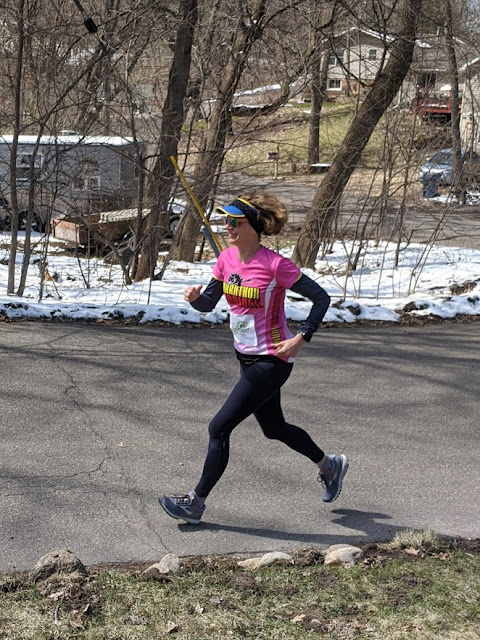 This archetype makes running fun. It adapts when necessary to the ever-changing conditions of training for and following through on a running goal. The runner’s journey takes flexibility and sometimes games. One should not take it too seriously. One needs to be experimental and use our energy to pivot when necessary. We know our center and the “why” of what we are doing and the complex story underlying it all. When the going gets tough, the Shapeshifter can adapt and follow through making the run better than she could have ever imagined. The shadow side is managing the many roles we play and trying to integrate them all into one’s life. Sometimes one’s focus can change on a whim and we need to remain formless to be able to keep up with the ever-changing landscape of our lives and responsibilities. The Shapeshifter reminds us to be open to life’s complexities and stay true to oneself. 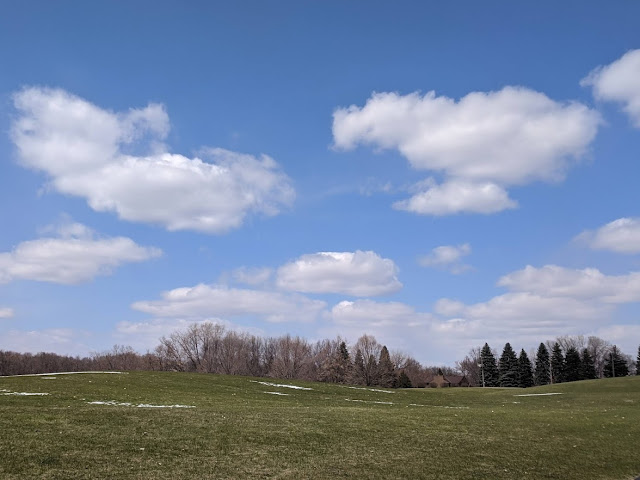 #24. Eugene Marathon (from home) 2020
I continued with my daily runs after my first pandemic marathon from home. The stay home orders continued and we were allowed to leave only for groceries and essentials. It seemed that this would be our life until at least May. That meant that my next race, the Eugene Marathon, was also cancelled. I was certainly missing the race atmosphere but we were all getting creative and “shapeshifting” or adapting to our current circumstances. I live streamed a race online that runners did a 4 mile lop and stopped at home after each one and continued to start a new loop every hour on the hour for as long as they could go. Some of the people lasted for days! The in person races were all cancelled and they now called the races “virtual” races which meant that you could do them anytime from anywhere. Some races still mailed out the medals and shirts, others did not. We were all embodying the Shapeshifter archetype doing what we needed to do to be creative and still get our running in. It was now recommended for people to social distance, stand at least 6 feet apart anywhere and everywhere, except when they are at home. That was due to the unique characteristic that the caronavirus could be transmitted and someone could remain asymptomatic, yet highly contagious for as many as 14 days after. So they could be spreading it to vulnerable people without even realizing it. Also masks became a mandate indoors in any public spaces. There were now plexiglass barriers between shoppers and cashiers at stores. Some stores were limited the number of people allowed inside at one time. Life had changed dramatically. 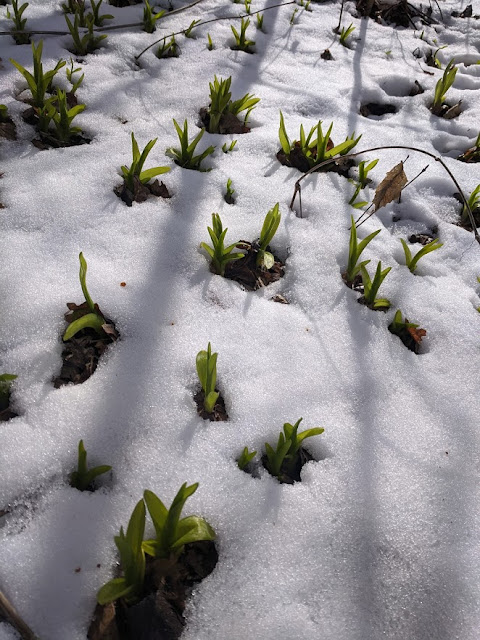 The weather kept getting nice and nicer. We moved into April and the buds were bursting and soon there will be flowering shrubs and trees. Three weeks after my last marathon from home, the weather was perfect and I headed out to do the same route again for my Eugene Marathon experience. As Des Linden said, “no spectators, no competitors, no results. Just love the process.” Running has grounded me when life gets crazy. I show up, no matter what. Running is the process I use to keep moving forward in life. I am the Shapeshifter with running. I make it what I need it to be at the time. My daughter drew me a start line at the end of the driveway again and I took off for another day around the lake. The kids were busy with their online school, so this was my time to foot one foot in front of the other, for approx. 62,000 steps to complete another marathon. The first loop went by quickly, as it always does. Mid-way through the second lap of the lake around mile 13, I started to have some mental chatter. Not really wanting to stop, but working out some things I had been writing about lately. My internal chatter had been questioned and pressed for truthfulness. I don’t often have much on my mind when I run, I almost never do during a marathon, but without the outside stimulation and distraction and all the internal excavation I had been doing in my writing, some of that spilled out into my run. It was a good time to run out the negativity and I felt like keeping my body moving was a way to get the thoughts to pass, rather than getting stuck in rumination. Step-by-step I ran. Through the miles and the sensations in my body and the thoughts in my head. 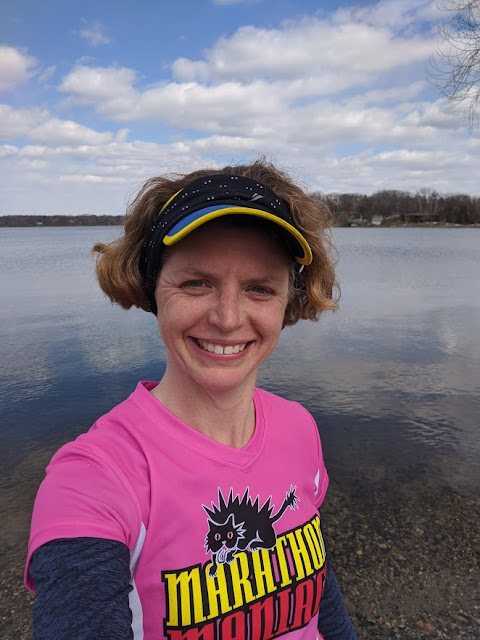 As I began my third loop my mind had calmed down its chatter. The wind was blowing off the lake and I felt like my mind was getting cleared of thoughts so the wind could just blow right through, clear and crisp. I was no longer working anything out, I was just running and that was everything I wanted. My mind had settled. I yearn for these times when it all feels like enough. This is the gift that running has given me. I kept in this state in the heart of the marathon, miles 16-20 and by mile 23 was feeling pretty tired out. I wound around a trail to get that last 5k in and get home. I ran down the hill into our driveway and the giant FINISH line was once again at the bottom announcing my feat for all to see. The kids cheered me in. My daughter, once again graced me with an incredibly heartfelt homemade medal for marathon #24. 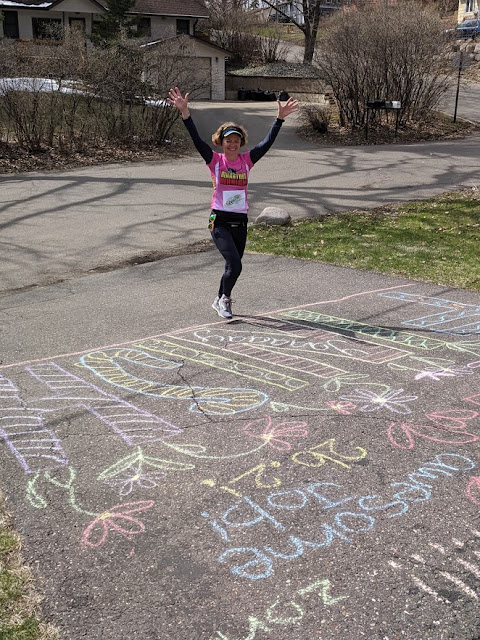 Another that doesn't "officially" count and isn't a new state, but I was exhausted and at peace. 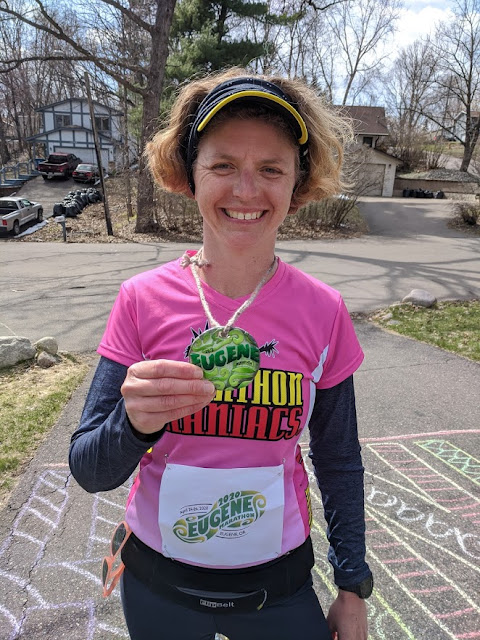