The Shaman is represented when one becomes a student of running, having an interest in studying the craft. Many people reach a point in their running that they yearn to become more educated, whatever that means for them. It may not be about speed or endurance. One could just mean a generally seeking more wisdom about the art of running. For some that could be seeking out a mentor or coach either in person or online. It generally is when they orient their running towards developing their own “running self”. They yearn to become a “master” in whatever form that takes for them. I always found it interesting that athletes over the age of 40 are called “master” athletes. So, what does master’s running have to do with the Shaman? As you get older, you must train smarter. The Shaman cannot be rushed. Many people find at mid-life the need to restore mind, body and spirit. Running can be an outlet for this. The shadow side can be over-doing it (at any age) and over training, getting injured and not balancing mind, body and spirit causing more harm than good.  Mastering the art of running is the Shaman archetype embodied. 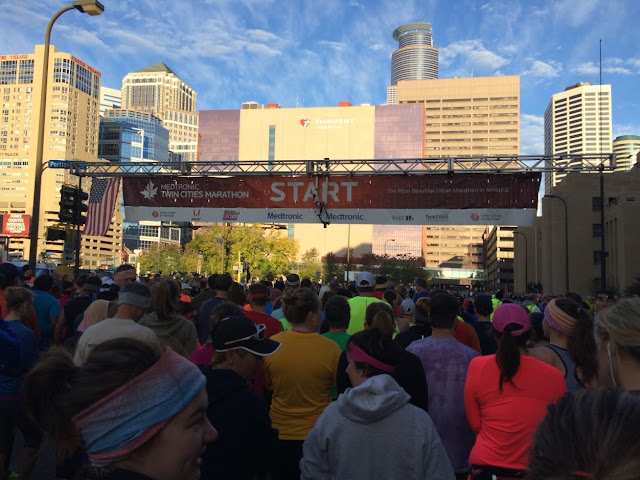 #3. Twin Cities Marathon- Mpls/St. Paul, MN
Keeping my base miles and most of all having consistency was paying off. I wanted to continue year-round to be able to cover the distance whenever I wanted. If I could keep my body intact, stay healthy and keep from getting injured, I could have some longevity in the sport. Starting up another training cycle quickly after Med City to get ready for my second Twin Cities Marathon was ambitious. To do this, I took up the mindset of the Shaman archetype and became a student of running. I joined a running group and did some track workouts since the kids were in summer track and field at the time. Both involved working to see if I could get a little faster, or at least increase my efficiency at running. 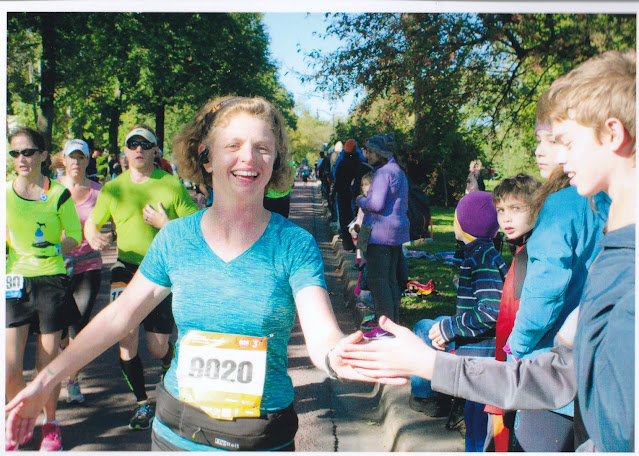 The training was a bit more intentional, with the group runs and a mindset of feeling like I knew a lot more about what was doing after having a couple marathons completed. I had trained consistently at a marathon pace that I wanted to run the race at. Marathon day came and it was cool, sunny and crisp in the mid-30’s. Perfect for marathon running! We once again ran through downtown and around several of the Minneapolis lakes. My family was once again at mile 14 and was a huge pick-me-up. I was keeping the marathon pace I wanted and had practiced but was feeling the fatigue in my legs earlier because of the faster pace. I was gritty and stuck with it. Just 16 weeks after shaving 18 minutes off my first marathon time, I cut another 6 minutes off that one. My previous experience really helped. I knew I was going to be in this for the long run! 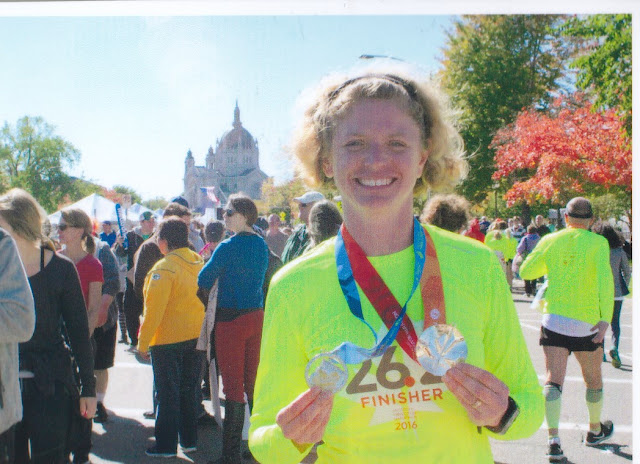