The Shadow archetype is my “call” to the runner’s journey. It is what has prompted me to go on this journey in the first place as the Fool. Each archetype individually has a shadow, however the Shadow archetype itself is all things we repress or avoid dealing with because we (or society) have labeled them as “bad” parts of our personality. These are parts we deny, and we tend to project our Shadow onto others. The things that trigger us most about someone else, are the things we are rejecting in ourselves. When we repress our Shadow side, it grows darker and we act out either towards others or towards ourselves. In my constant seeking, I busied myself and wound up agitated, dissatisfied and unable to figure out what I wanted to be doing on this journey. I found it in running. It was by no means a “cure all”. I still had to move towards my Shadow with patience and compassion.  I tried to run from my shadow, both literally and figuratively. Through running, I have become aware of my Shadow. I realized the more I repressed it, the worse it became. The more I silenced, the more my Shadow controlled. How do I work to accept my Shadow? 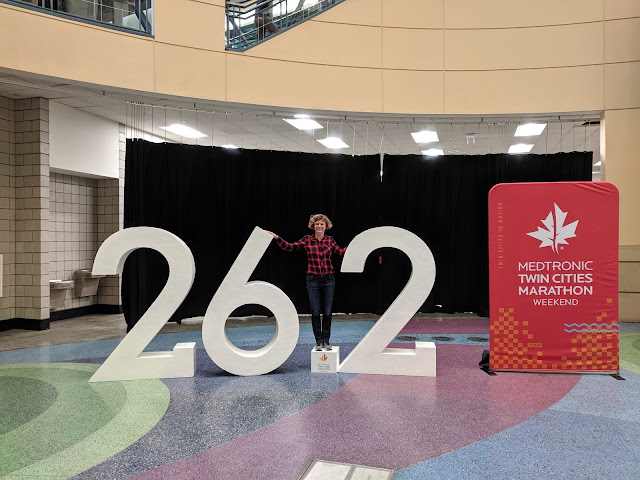 I think every runner can admit to some dark times during a run when they have confronted their Shadow. What have you done? Pushed through, integrated it and saw it as a force for personal growth? The so called “wall” at mile 20 of a marathon is symbolic of the Shadow. It could be confronted during any difficult time of a run or race. We can change our perception of our “wall”, our inadequacies and unworthiness and see them as a resource. This can dispel the negative energy in them. We can see the Shadow as something that can contribute to our individuality. You do not allow yourself to be controlled by your Shadow, but see it as it is, an idea we have about ourselves. It is a fragment of us, not all of us. Make use of it. You have the authority to push through and finished transformed. 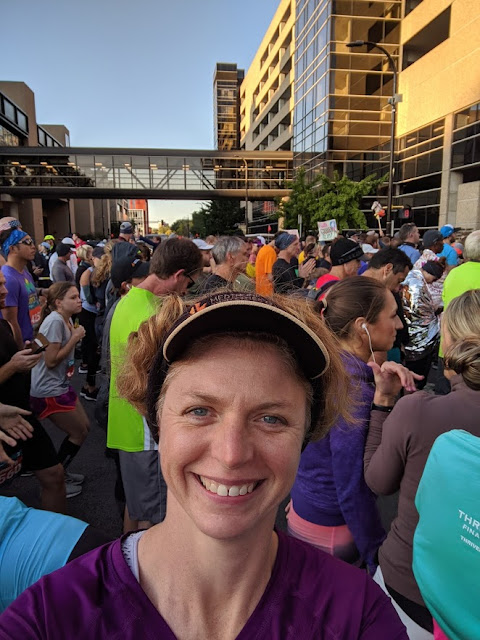 For several weeks after Grandma’s Marathon my running was labored with the high heat and humidity of summer. I continued to try to practice self-care taking care of my physical and mental health. I let go of trying to hit certain paces, since in the summer it’s my time to recover and keep a base so I can build for fall marathons. Being healthy and strong is more important than speed. I knew when the temperature came down, the speed would come back and all the “miles in the bank” from the summer would show all the gains in the fall. Even if fast times didn’t come, there’s satisfaction in the process, in the cycle of running year round in all the different chapters of life. Running is always there, a constant companion. 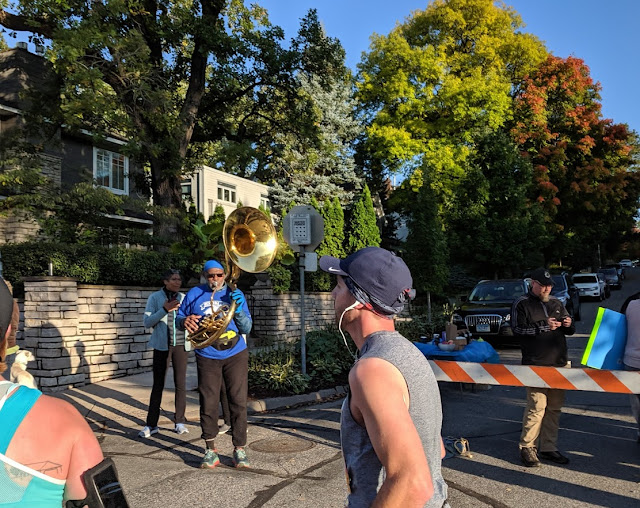 I spent the summer mindful of my body on the run. I found that I needed to keep a pretty slow pace to not have my heartrate get high. I stayed true to my plan of not pushing myself and not doing speedwork until my blood pressure was stabilized. I planned to do Twin Cities marathon in the fall. I am very introspective about my running. I want to make sure I stay in a healthy mind set with it. There are a plethora of ways that running can become unhealthy. I watch myself and make sure that I’m not using it as a sort of validation. I have a very conflicted relationship with strength and weakness and there is much of the Shadow archetype in this relationship. I continually try to shine the light on my running. I always seem to come back with my running being intrinsically rather than extrinsically motivated. I love what it does for me. It motivates me, empowers me and brings out the best in me.

For my fall runs I was not at all concerned about time. I was in great shape endurance-wise. Then came taper time. I forced myself to step off the gas pedal and let myself physically and mentally recover. The hot fall weather did not help. I didn’t know what to do with myself when I wasn’t running. My work was plenty busy, but I yearned for the habitual stress relief of a run. Niggles started appearing right and left trying to convince me that running all these marathons so close together was not a good idea. Instead of running it out of my head, I wrote. I’m always an avid journaler, but without the run everyday, I wrote even more to calm my monkey mind.

As race day arrived, I reflected on the Twin Cities marathon and my history of the race. This would be my 5th twin cities marathon. The day finally arrived and it was a picture-perfect crisp fall morning. I tried to settle into my easy race pace, but since I had been running slow all summer long with my high blood pressure, that was putty stress on my body early on. I wasn’t ready for. It just felt hard. Marathons always do, but this was different. I felt off, but tried to still enjoy it as best I could. Such is the marathon, you never know what you’re going to get. I knew it was going to be a day to just do my thing and see them at the finish line. I know the course so well, maybe even a little too well. It seems to get harder and harder each year. Getting up the big hill at mile 21 to get up to Summit Ave and running the last five miles down Summit to the finish line is no small feat. 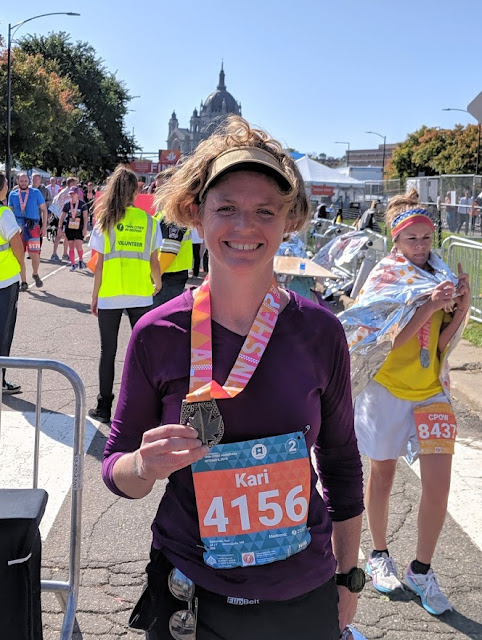 This time I was going along Summit and I started to get some chest pain. I had experienced it in the past, but hadn’t had it in a long time, so I was a bit surprised. Since I hadn’t felt great the entire race and had the history of high blood pressure, I walked a little try to get the pain to ease up. I knew I didn’t want to stop since I was only a few miles from the finish line. I just wanted to get through the race. So I tried to take in all the energy from the spectators and enjoy what I could. I saw a few people I knew and that helped me to keep going. However, I knew this was my dark, or Shadow-side of the marathon. It was also a dark side of my health scare that I knew could affect the future of my running. It was not something to run away from, but try to shine a light on as I ran those last 5 miles down Summit Ave. Do what I need to do, but don’t push it. I made it to the finish line safely.
All marathons take guts and fight, grit and relentless determination. They all test the mind and body. I had integrated the darkness inside and rather than repressing it, I went for a run with it. 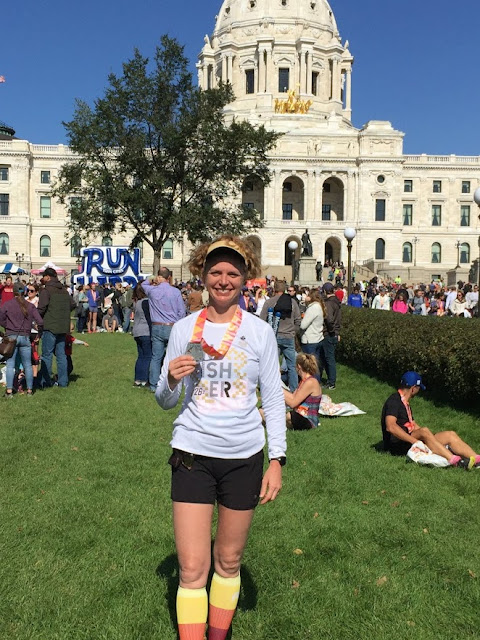