The Hunter has a mission, an aim. It exudes bravery, strength and adventure. It is an outward expression of focused energy towards a goal. In the last 10k of a marathon, you are the Hunter with an eye on your prize. My weapon of choice is my endurance, grit and determination. My shadow asks, what am I hunting? Would I still run if I didn’t have races? We are in a worldwide pandemic right now, and I still run as many miles. I do my races from home “virtually”. I am still motived by the hunger. My running journey brings me a life of adventure, even if right outside the front door. 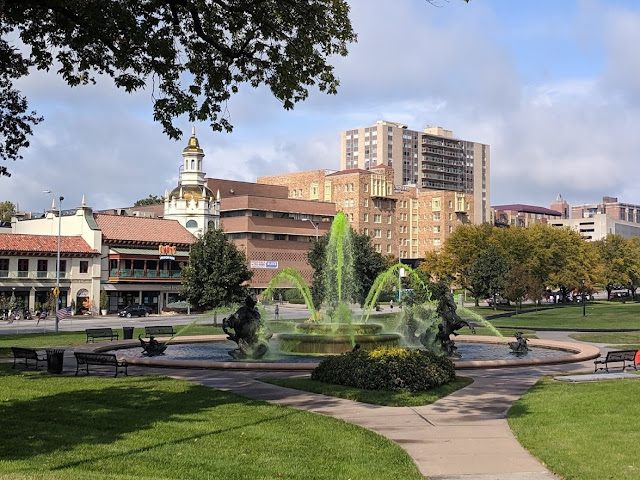 After Twin Cities marathon I had some beautiful recovery runs in the woods on some perfect fall days. My body recovered nicely, however I did have some strange tightness in my chest while relaxing about a week after Twin Cities marathon. It came in waves throughout the weekend. I decided I should see my doctor before attempting my double header weekend of two marathons in two days. She was concerned and did an EKG (which looked good) and sent me for a heart scan and echocardiogram and stress test. The heart scan I did right away, but wouldn’t know the results until after the weekend of the races and the I couldn’t schedule the echocardiogram until after as well. So I needed to make sure quick decisions about racing. Luckily my friend Susan had planned to come with me to do two half marathons in two days in Kansas City and Des Moines. It was comforting to know I would have someone with me for the long drive and for both races. My stubbornness to finish what I started the year before and do two full marathons in two days was the Hunter archetype at it’s best. Failure was not an option. I was on a mission. 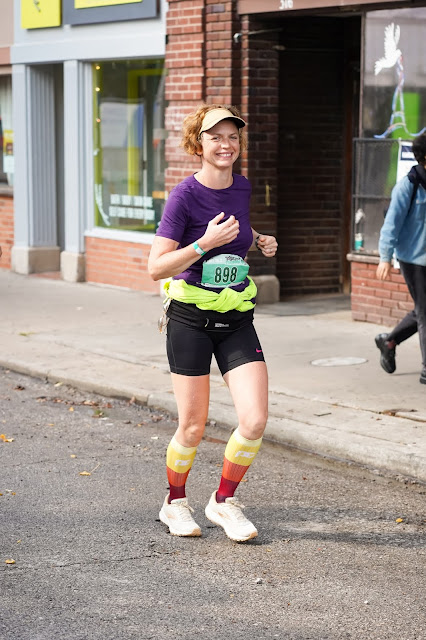 If walking was going to be the way to get it done, so be it. There was absolutely no concern over time for either race. The big weekend came and we had a long drive from Minneapolis to Kansas City, but we were fueled by the excitement of the adventure ahead. We stopped in Des Moines on our way down and grabbed our bib for the Sunday race there so we wouldn’t be in a big hurry to get back to Des Moines right after the Kansas City race before the expo closed. We made the long journey down to Kansas City, hit the expo and race swag and grabbed a bite to eat before heading to our hotel.

We woke up to a dark, cold morning, just as had been forecasted. At this point I had done several marathons in similar conditions, so I had learned how to dress and not to stress. We drove in the early morning downtown and walked in the drizzle to the start area. We waited until the last moment to take off another layer of clothes and hand off our drop bag. We made our way to the corral just as the fireworks went off and we began our trek through the streets of Kansas City. Our adventure had begun. I was on the hunt to do two 26.2 marathons in two days and it was happening! The hills started almost immediately. Susan and I began our walk/run pace right away as well. This is what the day was going to be, this is the safe way for me to get it done. If we were going up a hill, we walked. If we were on the downhill, we ran. Such was our path over and over again. It was damp and cool and felt pretty raw. We took it one mile at a time. We wanted to stick together until mile 8 when the half marathoners went one way and the full the other. Then I’d be on my own for the next 18 miles. My heartrate would spike whenever I ran and would calm down when I walked, so I just stayed mindful. 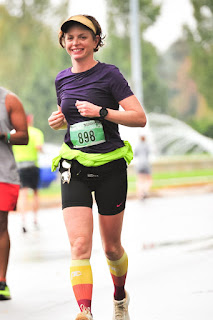 The rain continued to fall and I was regretting not leaving my long sleeve shirt on. I was a bit concerned about being chilly for the next 4 hours knowing that I wasn’t really running hard enough to generate much of my own body heat. Susan had taken off her outer layer and gave it to me. I put it on and felt better. We counted down until the cut off split and parted our ways. I told her I’d see her at the finish. I kept on plugging. I was the Hunter. There was nothing fancy about putting one foot in front of the other, moving forwards, making my way through 26.2 miles. The Hunter is focused on what they are after. I passed through all the neighborhoods of Kansas City that I has remembered from the year before. I was amazed at all the people out cheering like we were at the front of the pack, when they had passed by hours before. I couldn’t believe how much energy they had and tried to soak it up as best I could. They seemed to respect the task at hand and I felt supported. 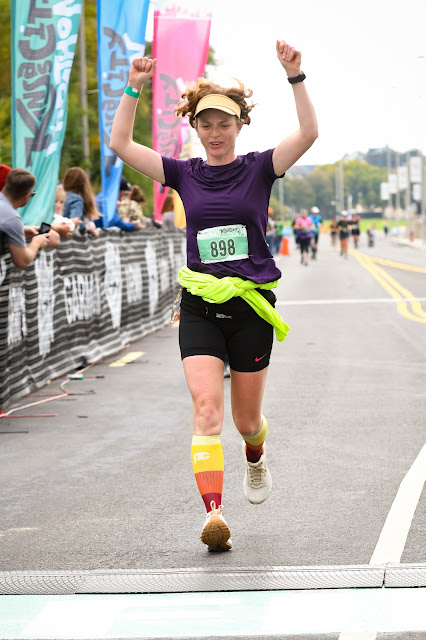 Eventually I got to the 20 mile mark and “only” had a 10k left. This is when we start to approach the city again. I felt like I had been out there all day. The rain had stopped and the sun was peeking out. It was nice to round out a very chilly, wet race with some sun. I ran the last few miles near a woman that appeared to be in her 20’s and she was running with her mother who was running a marathon to celebrate her 50th birthday. The daughter was giving her mother words of encouragement as they made their way through the city. It was enduring and motivating. We got closer and closer to what I knew was a long downhill at the very end. What I didn’t think the girl realized was that her positivity was rubbing off not only on her mom, but on everyone around her. She was helping me get to the finish line as much as her mother. It was that moment of a race that I could feel deep inside that I was doing something special with some incredible people alongside me. I ran down the long hill and saw Susan on the sidelines. I raised me arms up and ran down into the finishing chute. Marathons can still be fun, even when they take much, much longer to finish. I had been smart. The distance is the same no matter what pace you run at. It just gave me more time to reflect on why I love them so much. I saw the girl and her mom ringing the PR bell. The emotions are raw and on display at the end of a marathon. Soon my thoughts were on getting that famous KC bbq sandwich, then we were off to Des Moines for the next marathon the following morning. 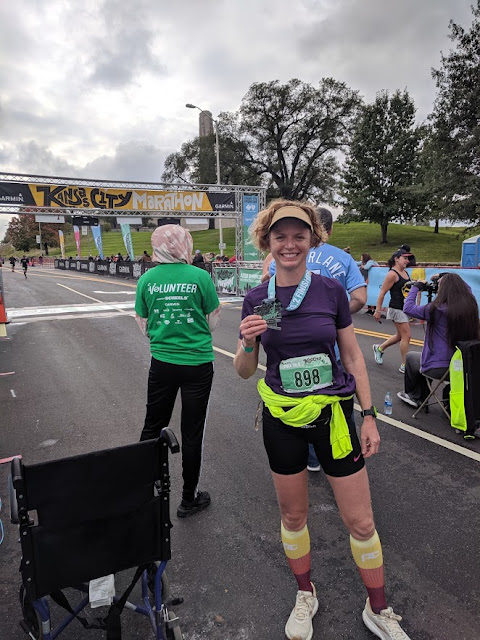