The Aletheia archetype has to do with truth. We usually recognize truth when we see it. A run can look like someone is “speaking their truth.” Just watch their face, their body language, the ease at which they move. We can tell our story, our truth in so many different ways. Kim Krans reminds us “by reclaiming your own truth…you reclaim your own vital energy, health and sense of belonging in the world.” When we see the truth in others, we are more likely to see our own and tell our own story. I find my truth in running. It accepts no BS. I try to see it for what it is. It’s hard. It takes effort, persistence, dedication each and every time I run. Our shadow side of Aletheia is our truth distorted and full of excuses.  To honor the self is to claim your truth and live from that place. 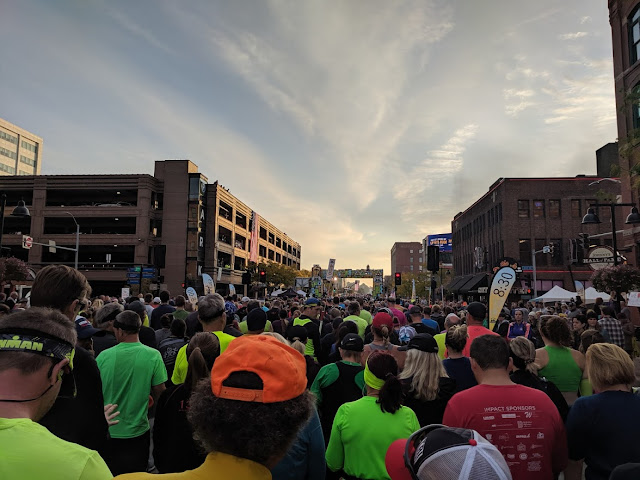 Race morning began with a gorgeous orange sunrise. It was perfect running weather! My friend Susan and I both felt pretty good considering we ran the Kansas City race the day before. I felt much better than I had the year before when I attempted to do two marathons in two days. Patience was the key. Listening to my body and not caring about the pace. We brought our bags to the drop area and headed to the start line. It was cool, crisp and clear. Totally different weather than the day before. I was excited, we were going to do it! I was going to run as the Aletheia archetype, the Greek goddess of truth and sincerity. The literal meaning of the word is “not state of not being hidden.” My journey “just is”- there is nothing to hide, it’s my truth. There is no concealing of the self. I was not trying to create any sort of illusion. I am going to enjoy it. 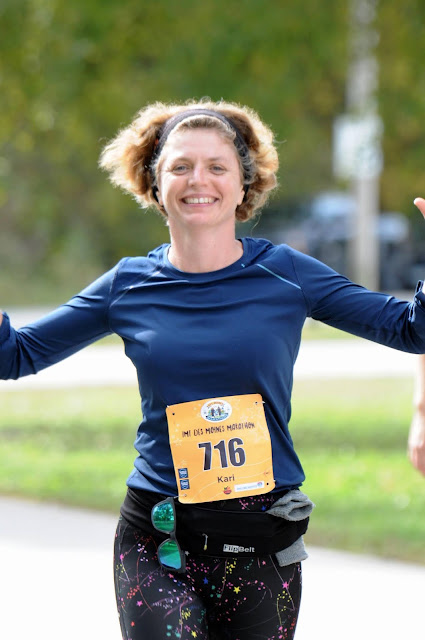 The introductory announcements began and they introduced a boy, eleven years old, that was running his 50th state for half marathons and was going for a world record. At eleven years old!! Then we looked next to us and there was a man with a sign pinned on him that said “blind runner” and he has a guide next to him. Susan and I looked at each other in amazement. He was going to run a marathon blind. The race isn’t just about what you see when you’re covering those miles, but about what a journey it is for your body and mind. He was finding his truth. It really put everything into perspective for us. Soon the blow horn sounded the start and we were off. We certainly weren’t moving quickly, we could feel the miles from the day before in our legs. There was a peace and calmness, doing what we love with these amazing people. 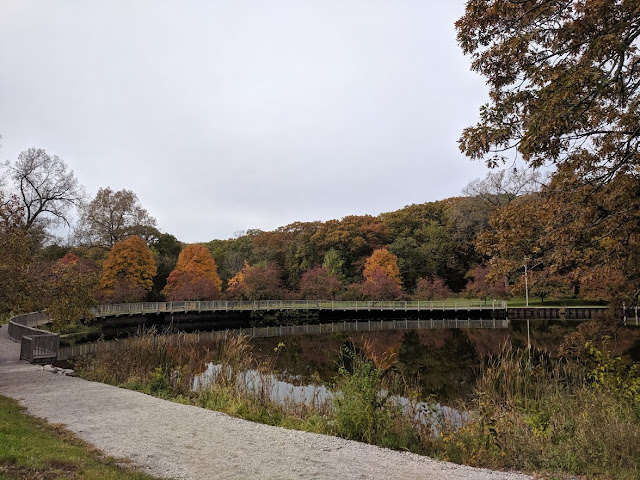 Susan and I knew our time together was very limited. The cut off for the half marathoners was at 2.5 miles. I would then have 23.7 miles on my own. We ran through downtown together and then she peeled off. I saw my first hill of the race up ahead. I told her I’d see her in the afternoon at the finish. I knew we’d both have a grand adventure in the mean time and when we saw each other again our challenge would be complete. The hill turned out to be very long. The cool, beautiful morning gave me a buzz. This is exactly what I wanted to be doing and I was going to finish this challenge. I ran up and down the rolling hills of Des Moines in neighborhoods with large estates on wooded lots. I discovered along the way that many of us were running the second marathon in as many days. We were supporting one another, getting it done, together. I was surprised by the amount of hills and took them in stride. My heartrate was pretty elevated, so I wanted to keep an eye on that and walk when necessary to bring it down. There were always runners nearby and in one area there were a lot of “garage bands” on the curbs in front of houses singing and playing instruments. It was a wonderful diversion. I ran with a couple of women who had run Kansas City the day before. Suddenly, at my half marathon mark, my heartrate dropped considerably and settled into a rate that was more usual for this point of a marathon. I was feeling really good. It put me at ease. I guess after covering 39 miles in 24 hours I finally settled into my normal rhythm for the last 13 miles, which I was grateful for. 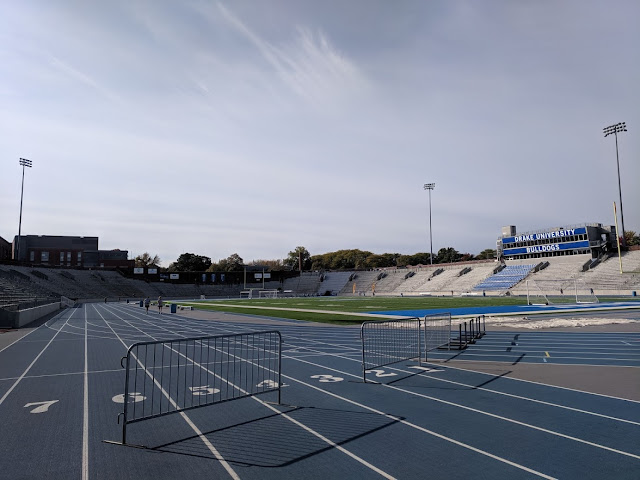 The fall color was in full display along the Boulevard at Drake University. I had noticed a big painted mural in bright blue that said “welcome to Drake” with a bulldog and a girl runner. I didn’t know what it meant or what I was in for. Before I knew it we were headed down a short stairway onto a blue track. The color was as blue as the sky. This is different, I thought to myself. Soon I was on the blue track and noticed how springy it felt after running on streets all day. I saw people taking pictures and thought to myself that they were really into this. I looked over at a woman running next to me and she asked me, “do you know the history of this track?” and I replied “no, but everyone seems to be pretty excited about it.” She explained that many Olympic runners came out of Drake University and competed on the track in major competitions. It was also the site of the USATF outdoor championships in 2019, just a few months prior. Soon I was off the track and back on the street, missing the soft, spongy footing that it had. There was about 10 more miles and I knew these would be the real mental battle. I knew what it would take to get it done and I knew I had it in me. I just needed to keep moving forward. 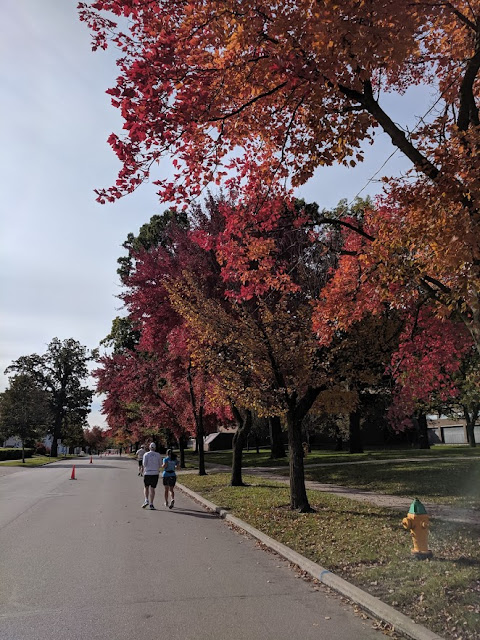 I came to the last lake with just a few miles left. After having done over 50 miles in the past 24 hours it was the hardest part. There was a man running next to me talking on his cell phone and I could hear him explain how much he was hurting and how difficult it was. I could certainly empathize and really felt like we were all in it together, doing something extraordinary. We made our way back into downtown and were getting closer to the finish. 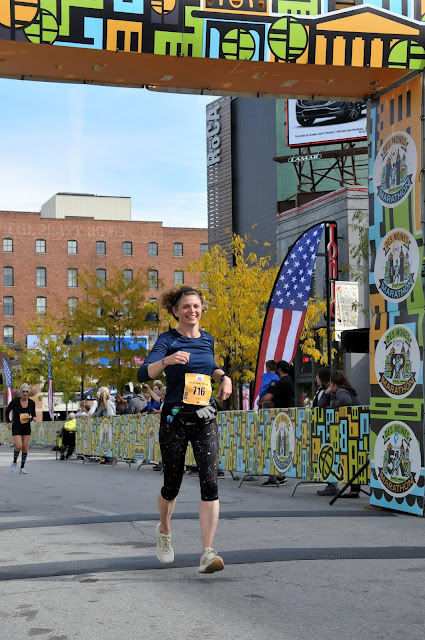 Then on the last .2 of 26.2 I saw the blind runner and his guide that I had started the day with. I gave one last push of energy I didn’t even know I had to catch up to them to congratulate them. I felt like I was truly witnessing a superhero. They smiled and waved as I ran past and told them I had started the day with them and what an incredible job they had done That was enough to give me the final surge into the finish line. I raised my arms in the air as I crossed. I had done it! What an accomplishment. 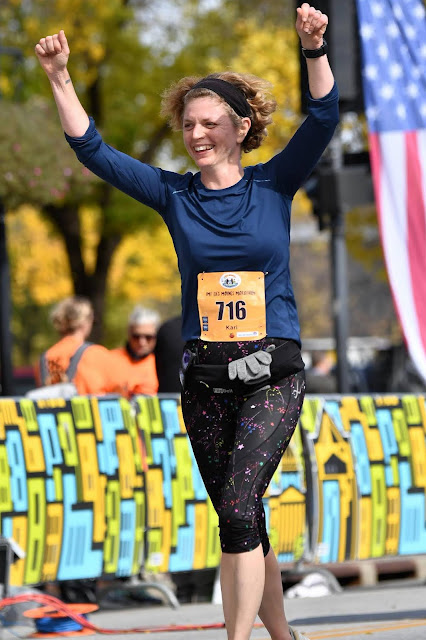 I caught up with Susan, she had completed her challenge too. We put our medals on and took pictures. We both finished strong with smiles on our faces. I was happy to have a running buddy. I was back to work the next day and had some heart tests to see what might be causing the symptoms I had been getting. The results came back and it was likely my Raynaud’s condition may also be a cardiac vasospasm response in my chest. I got on an increased dose of my calcium channel blocker medication and got an “all clear” from my cardiologist to keep running. I know I won’t be able to do it forever, but I’m certainly going to do it as long as I can. Now that I found the Aletheia in me. 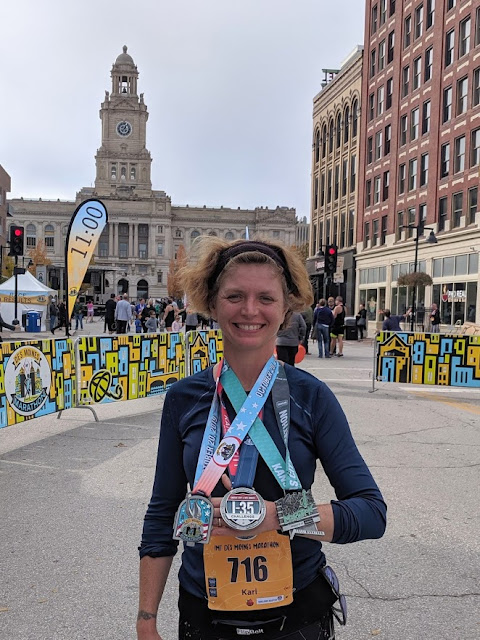