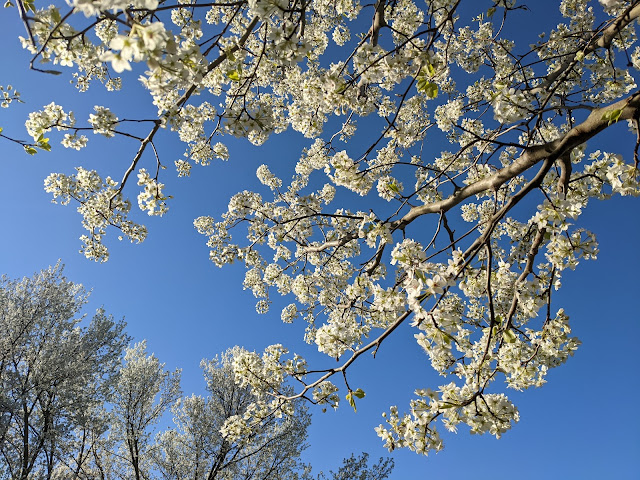 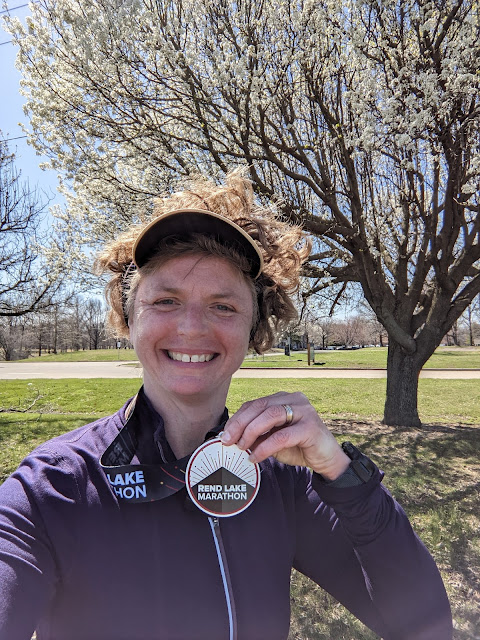 I was about an hour and a half into an eleven hour drive from my home in Minneapolis all the way to southern Illinois for my next marathon, when I noticed the wind. I had stopped to get gas and the wind flung my door open. It wasn’t just a gust, but a steady stiff breeze that made the temperature feel raw and cold. Back on the highway, I could see the sway of the semi-trailers shift across their lane by the sheer force of the wind. I had thought to myself, I sure hope it’s not too windy the next day for the marathon or that wind will make us feel like we’re standing still. I had done another marathon in Fargo, North Dakota on a very gusty day and it had pushed me around. A stiff wind can cause you to feel dead in your tracks and makes for a very long 26.2 mile distance. Later in the trip, while driving in central Iowa, I noticed quite a few windmills. I read that wind energy had replaced coal as Iowa’s main source of electricity.

I made my way across several states and 650 miles and arrived in Rend Lake, Illinois by nightfall. I checked into my hotel room and went to sleep. I woke up and went to the packet pick up and that’s when I first came to the realization that it was going to be a windy marathon, indeed. The sky was blue and the dogwood trees were in full bloom. The white blossoms against the bright sky were picture perfect. I took the opportunity to grab a few selfies before heading to the start line. I parked and stayed in my car as I noticed that everyone was bundled up in hoodies and winter hats. I figured I’d stay warm for as long as I could, since it seemed like it was going to be a long race with the cold wind. 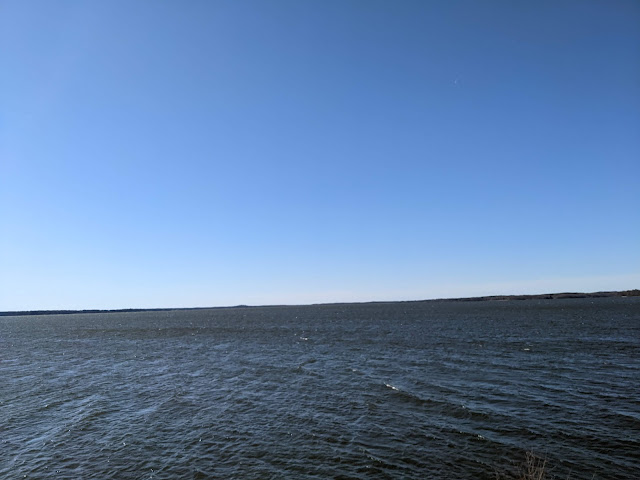 It was a very small race. The total runners for the full marathon and half marathon distance was about 250, with mostly people doing the half. They were bussed to a different starting area, so it was just the 50 or so marathoners that started at the location we were in and was the same place where we would finish. I got out of my car and within minutes we began. We went about a block and we were soon at the edge of the large “lake” which was really a reservoir, Rend Lake. The lake is 13 miles long and 3 miles wide and was created when the Big Muddy River was dammed. We reached the waters edge and the bridge that we would cross for the next three miles and the headwind was beyond anything I had ever experienced. It was so cold and made me feel like I was standing in place. There was no choice but to keep stepping ahead. I walked a bit because I felt like trying to run into the headwind would use up too much energy so early in the race and that would not be a wise idea. There were whitecaps and rough water on the lake. A man on his bike rode by and said, “the wind is our friend” and rode right by. What in the world? I thought. How was this going to work out if it was going to be like this for the next four hours? 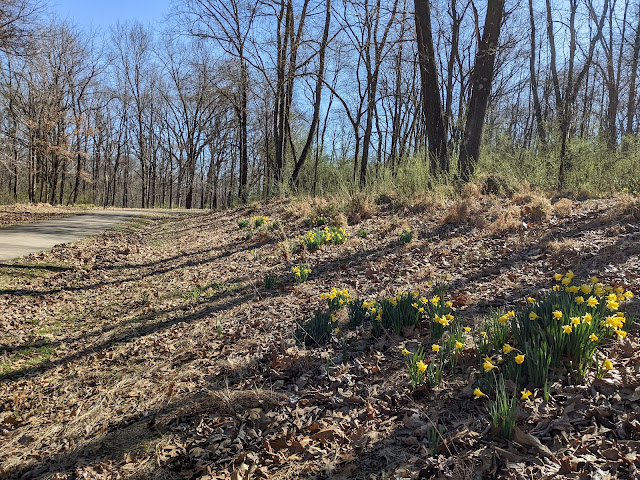 It was in these first few miles, making my way across the bridge with nothing but pure desire to keep moving forward, I had my reckoning with the Wind archetype. It made me think of the swords in tarot which stand for the air element. I thought about how air can bring clarity and discernment. It is powerful and sharp. There is no messing around with a cold northern wind. I thought about what the man had said about making the wind our friend. It reminded me that if I was just going to “fight” it the whole time, there was no way I was going to enjoy the race. I needed to allow and remain fluid, not try to power against it. I cannot say the miles went by quickly, but they were manageable when I saw it as something that is fleeting and constantly changing. I made it to the other side. 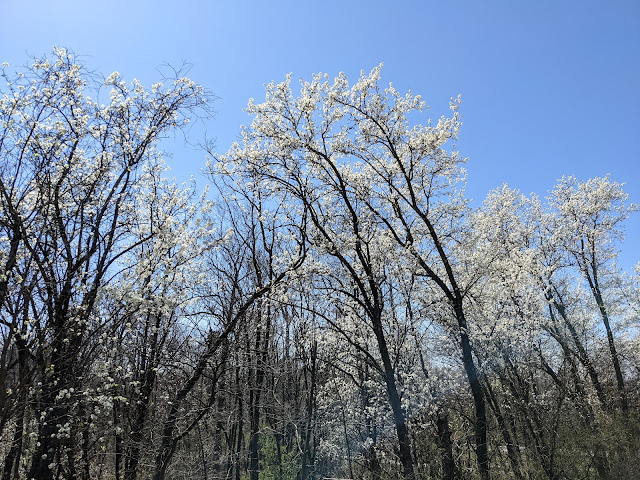 It was quite different when I arrived on the western edge of the lake. The sun was shining, the flowers were blooming and the wind seemed a lot more gentle. The man who had biked by me earlier and helped me change my mindset about the wind, biked with me for a few miles.  He was “crewing” or assisting several other runners and so he had a lot of time on his hands. He found out about my fifty states marathon quest and my eleven hour drive. We got to talking about the history, natural and social, of the Southern Illinois region. I learned a lot throughout those middle miles. There were places during the race that the wind picked up again, but this time at my back and I realized the full potential of a tailwind. I allowed it to push me forward and welcomed the ease that it brought to a few choice miles of the race. I looked up and saw twenty or more giant Pelicans that looked like tiny specks. They were very high in the sky, circling around, riding the thermals. I knew that birds stay within the uplift of the thermals to conserve energy. I was learning how to work with the wind instead of against it and let the push of the wind help me physiologically as well. 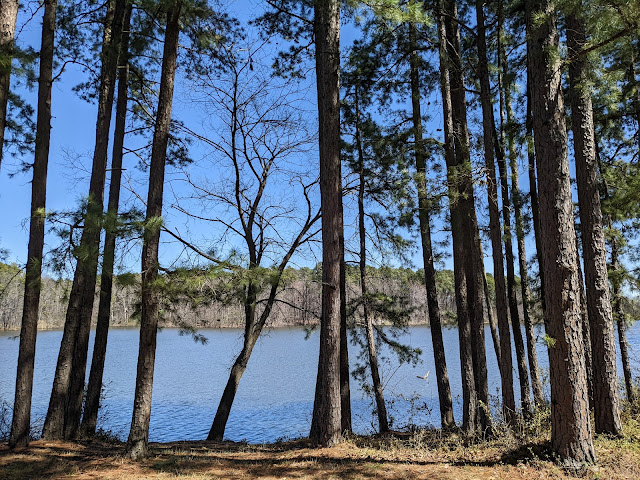 The race continued around different sections
of the Rend Lake recreation area. The wind seemed to be different at every turn. You just have to learn to go with it and go with the flow of this invisible force. The day was filled with headwinds and tailwinds and I had many interesting conversations along the way. I think sometimes the more difficult marathons bring out more verbal chatter amongst the runners. We are all doing our best to get through the miles and the camaraderie can really boost your morale during those difficult times. I learned to move through the race with constantly changing conditions, just as we do in life. We certainly cannot always see the forces around us, but they are powerful energy, indeed. It wasn’t my fastest race, but it was the first time I “placed”, I got third in my age group. 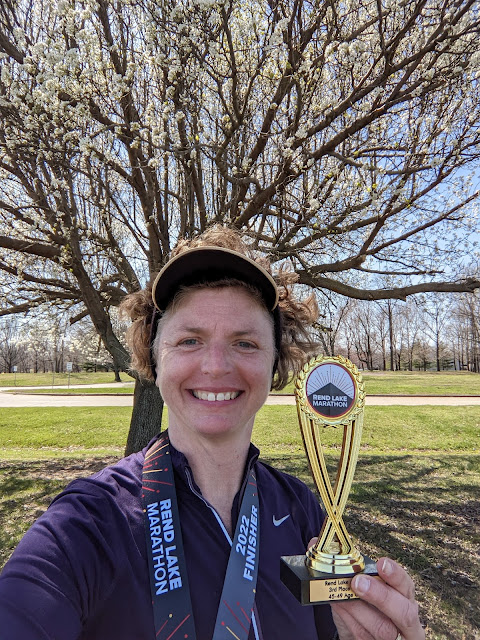 I got into my car for the long ride home and noticed the windmills more than ever along the way. I had learned a valuable lesson about clarity and purpose. Whether the wind is at my back or in my face, I continue to move forward reaching for whatever I can to ride those thermals when they appear and make friends with the wind when it feels like it’s in my face. Maybe it’s trying to make something very clear or it’s just helping me to cut through any indecisiveness and move forward towards something greater.