The Magician is “wise, thoughtful, reflective, contemplative and transformative.”

They use their powers to manage energy to create change in the physical world.

In the marathon we transform our pain into something manageable.

We all possess the great power of creation. We can use this to create our destiny.

Our work is to channel this power. In my training I create an inner world that can help get through

the struggles of the race.

Our trip to Ohio had been a blast so far. I went with my daughter and we had two days in Cleveland before the marathon just south of the city in Canal Fulton. It was Halloween weekend and being a huge Halloween fan myself, we had visited lots of interesting stores with curiosities and enchantments. We drove through all different parts of the city exploring an abandoned observatory and partaking in a local Dia de los Muertos festival. We thoroughly enjoyed ourselves and all that Cleveland had to offer. It was time to drive south out of the city to North Canton where we would stay and we drove into the tiny town of Canal Fulton for packet pick up at a local outdoor adventure store. 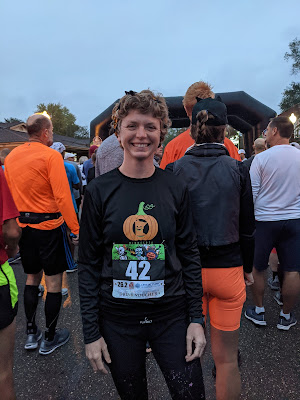 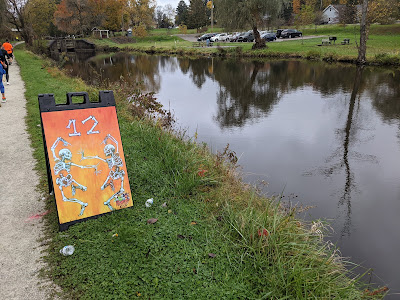 The bus drove off into the darkness into town to St. Helena Park. We got off the bus and runners were milling about. I wanted to keep warm, so I walked around the Main Street area and looked at the storefronts. There was a coffee shop and a teddy bear shop in addition to the adventure store that I had been to the night before for packet pick up. The time went quickly and soon it was time to head to the start line. There were many runners standing, stretching, shaking out their legs and getting ready to run. Soon came the announcements and national anthem and then we were off! We ran straight out of town and immediately up a small hill. The race had billed itself as “fast and flat” so the people around me were talking about the hill that we were on. They were reassured by others that this was the only elevation gain in the entire race. After about a mile on the road, we went off into the woods on the toe path next to the canal in which the town was named. It was a trail much like a trail I train on at home. Flat and partially paved and mostly hard packed gravel. This was a race with very few spectators, so I knew it would be a mellow day with fellow runners on a local trail. Just take it all in, I thought to myself. 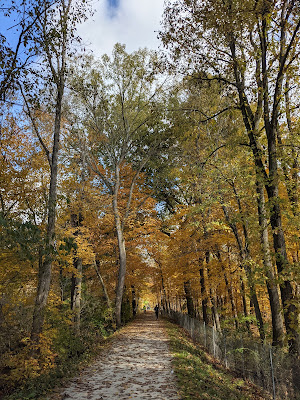 We would run 6.5 miles in one direction, then come back on the other side of the canal. The half marathoners would finish at the same park we started in. Then the full marathoners ran in the other direction and back. The trail was much the same the entire race. The trees had quite a bit of color and there were pops of sunlight to brighten it up during the second half. I started the first half a bit too fast and didn’t slow down at the water stops like I usually do. I noticed that in the second half I started to feel it in my legs sooner than I would have liked. The second half of the race was about keeping whatever pace I could. The feelings throughout the body during a marathon are ever-changing. When you’re feeling good, you make the best of it, then in the inevitable down times you just do what you can to keep moving forward. 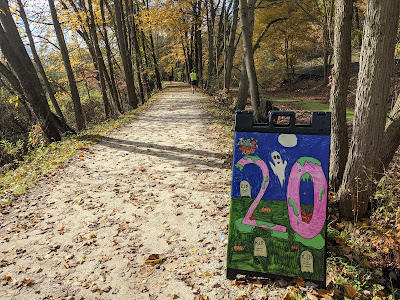 One thing that really helped me get through those mid-race miles were the mile markers.

It gave me something to look forward to and it worked. 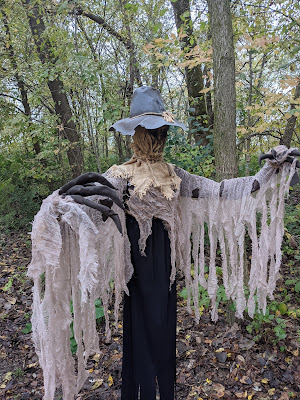 As the miles clicked by, my legs hurt more and more so it became a mental game. I knew that I could  conjour my own magic and keep moving forward. I was my own best cheerleader. I had to transform this painful experience physically and alchemize it into something that was manageable. I worked with what I had. I know that I possess great powers to create and here I was creating my own outcome. I make these races what they are. I put in the training, the work and this is the power of the Magician. I was trying to stay grounded and access this energy. I wanted to stay in my body and connected to the natural world around me. I knew I had a vast inner world that could help me through this if I stayed integrated with it all. 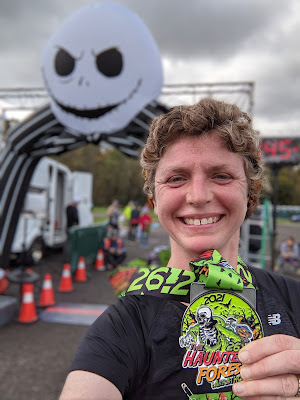 Through these practices I finished the race strong with a time I was proud of and 3rd place in my age group.

I showed the fitness I had developed and felt confident.